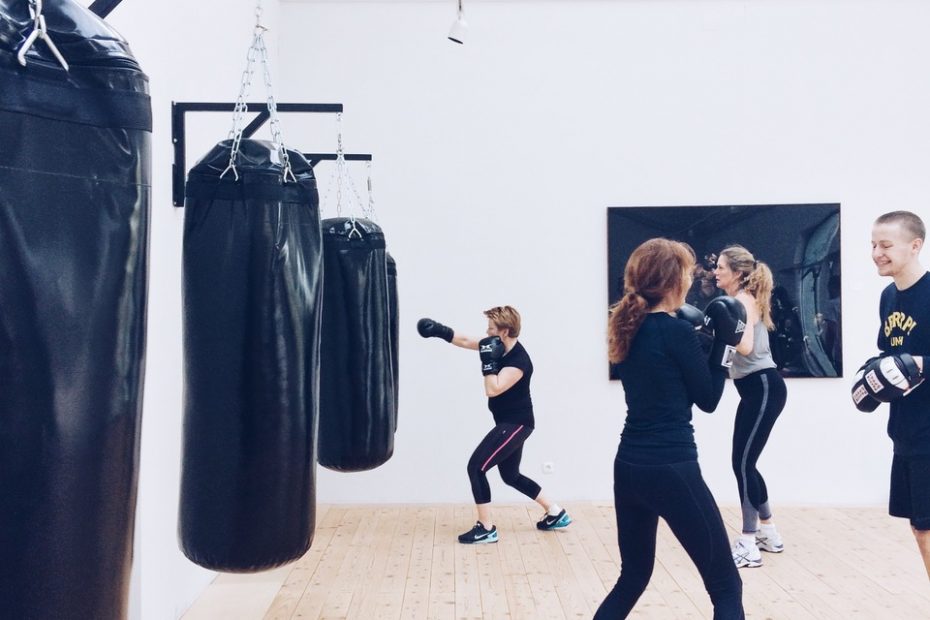 When is a trend a trend?

Boxing for women is not a trend I was expecting to ever write about, nor is it one I imagined I would ever take part in. When trend researchers and futurists see a trend, when they notice a growing amount of people doing something that they themselves are maybe even doing – be it becoming vegan, drinking white tea or wearing purple (none of those naturally apply to me) – then it should be rigorously checked. We need to examine if it is not just a projection or wishful thinking that we are part of a movement or pioneers in a great new exciting thing that we will all be doing or hearing about sooner rather than later. We often consciously, and unconsciously look for peers, for recognition or for reassurance – especially if it is a bit of a strange or “out there” trend.
This is known as confirmation bias. We do this because we are tribal – we want to feel like part of something bigger, meaningful, or perhaps in my case, just to be reassured that I was not doing something completely mad like going to a boxing club in Vienna, or joining a ladies box camp in Bad Gastein. Or checking out boxing clubs in other cities while on holiday or travelling for work (all of which apply to me).

If I was in any doubt that there was something shifting in the public perception, and popularity of women’s boxing, it was confirmed when I passed Selfridges, London’s popular department store on Oxford Street in January 2018. Here on the ground floor was a large and prominent area devoted to boxing, curated by a 73-year-old boxer-creative-musician called Michèle Lamy. Lamyland as it was marketed, is about radical luxury – with punch bags reimagined and redesigned by artists, a range of “designer” boxing accessories and attire, and a boxing ring with a schedule of lessons from well-known boxers. Less glamorous but not less indicative of the trend was the boxing sack and gloves in the window display of Triumph ladies lingerie shop in Vienna. And then a TV advert for Proctor& Gamble’s Pantene shampoo brand with the motto “Strong is Beautiful” using the singer Ellie Goulding boxing as her hair flows unruffled and sweat-free.

So why all the interest, attention and popularity? In the first instance, you might imagine that it primarily has something to do with women’s empowerment, the #metoo movement, or that fact that Women’s boxing officially became an Olympic sport in 2012. While these factors have given new impetus to women’s boxing, there is a lot more behind it than that. It is said that boxing is more than a sport, it is a state of mind, and as Lamy points out, it appeals today because “in today’s political climate you can see it as a metaphor. It’s a sport for women, for every weight, race, gender and background.”

More and more however boxing for women is not about bleeding, but about aching. The rising number of clubs offering Kick box and box fit classes are inundated with more women than men, and more young women than older ones. These classes are what you could describe as immersive, which is a polite word for loud. They are notoriously fast-paced – the punching often lasts only a couple of minutes and is interspersed with high-intensity floor work, squats with weights, challenging burpees, planks. Not only does it get you fit, but trains coordination, flexibility, balance, and strength. As Kate Spicer of the Sunday Times Style magazine pointed out, “I don’t like gyms, but a boxing gym is different – it gives you a buzz and the men are real. It’s sweat, swearing, torture, pure adrenaline. It’s refreshingly unfancy.”

Leopold Quell, one of the founders of the unfancy but nevertheless inviting Backyard club in Vienna, says that although they are loathed to admit it, for many of the women members one of the best things about their box fit classes is the actual punching. The club which has two branches is unique in that it offers almost exclusively box fit and Thai box classes. Those who want to really “punch” in the ring, can join the more advanced box technique classes. The members range in age from 14 to people in their 60s, with a clear majority from the middle class.

So how has boxing shaken off its reputation as a rough male working class activity, and emerged from the underground scene into a mainstream trendy middle-class sport? It is the fact that in this age of digitalisation, Virtual Reality, and peak-yoga, boxing represents something wonderfully visceral, authentic and a world away from clinical fitness clubs. It has even strangely enough, been called a “mindful” sport – in that you have to focus so completely on the technique and method that you cannot think or worry about anything else (e.g. work, shopping list, partner etc, etc). It is also – somewhat ironically – a very social sport. Rather than running or working on a machine alone you are part of a group with whom you have to interact. And interestingly the very “bad ass” image the new Boutique-style clubs are trying to get away from, actually creates a certain appeal and fascination (hence sadly the clichéd and somewhat annoying propensity to play music by 50 Cent and other misogynistic rappers).

However, having fun, getting fit and connecting with a diverse group of people is very much part of the philosophy of Tim Yilmaz’s Mariposa Boxing Club in Munich. With already around 40% female members, owner Tim believes it has become more popular within the last 10 years because of three important factors: (A) it is exhausting and burns lots of fat without gaining huge muscles, (B) it has a tough reputation (as in street tough) and (C) it brings together a diversity of people, from poor to rich, and from non-educated criminals to educated non-criminals.

The Backyard Club today boasts over 50% female members. The fact that the size of the women’s changing room in their first club is less than half that of the men’s is testimony to the fact that this trend has taken many people by surprise. Myself included.